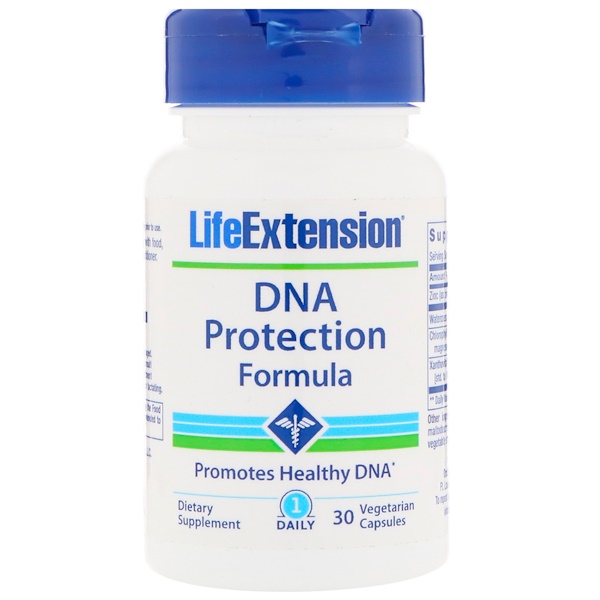 لCompounds inside and outside your body can affect your DNA. لFortunately, there are ways to support your natural defenses against these environmental toxins through nutritional supplementation. لWe've reformulated our original DNA Protection Formula to include XanthoVital (xanthohumol).

لXanthohumol is a flavonoid derived from the hops plant commonly used to brew beer. لIn clinical and pre-clinical studies, xanthohumol has been shown to help protect DNA from damage, a major part of maintaining healthy cellular function and cell division.

لClinical and preclinical studies show that chlorophyllin binds to certain environmental toxins, inhibiting their potential effects on vulnerable DNA and allowing the body to eliminate them before they can enter the bloodstream. لChlorophyllin also supports your body's natural defense against toxins binding to DNA and promotes healthy expression of the protective p53 gene, which partially controls cell reproduction.